docker isn't magic: it isn't a virtual machine either

Docker is the most popular engine for running Linux containers which are an increasingly popular way to deploy applications. Many people use containers but fewer people know what a container actually does. I hope you enjoy this short talk I gave to the Linux and Unix Users Group at Virginia Tech where I overview what actually happens when you type docker run. 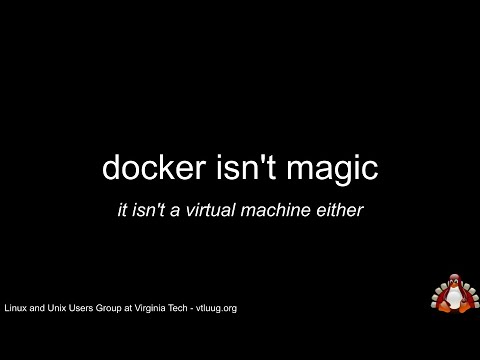 A few key points from the talk:

The following sources were extremly helpful in preparing this talk: